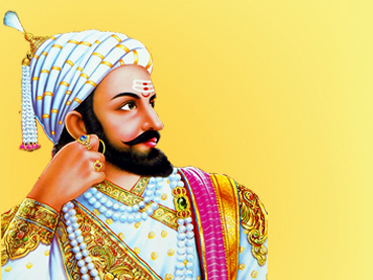 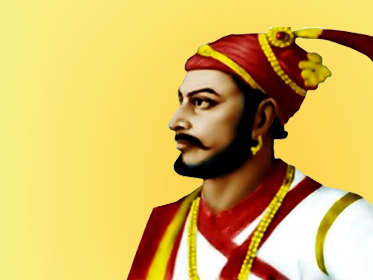 Objectives and functions of the organization

Information about the work done-

Today, at the village level and at the taluka level, more than 200 camps have been organized for the youth and villagers all over Maharashtra. About 1500-2000 youths from all over Maharashtra have been brought together and 14 camps of four days have been conducted at the state level every year through which thousands of youths have been initiated to get rid of addiction. More than 15,000 different types of trees have been planted in different parts of the country. Before the Maharashtra government banned gutka, the team has stopped the sale of gutka by educating vendors in more than 35 villages in different talukas. Ond, Ta. Karad, Dist. This is the first time in India that a government-run beer bar in the village of Satar has been permanently closed on December 25, 2002 due to women's suffrage. Youths and women activists staged protests against illegal sale of liquor in many places in the state. 5000 people marched on Karad tehsil office and worked to wake up the government against alcohol. Forced the Government of Maharashtra to make the crime of illegal sale of liquor non-bailable.

Through the organization, guidance is given to create an ideal village in many villages by cooperating with schemes like Swachhta Abhiyan, Nirmalgram. Gram Panchayats who have received awards from the government are felicitated. Self-employment training is provided to help the youth to become self-employed by solving the basic problem of unemployed youth in the state. Young people and farmers are being guided to do organic farming and as a result many farmers have started successful experiments in organic farming. Mr. Pramod Borge from Koregaon taluka is the guide of the activists of the organization. Degradation of land due to chemical fertilizers and impact of food on humanity, fast food, addiction, lack of exercise, stress are causing many diseases like heart disease, diabetes, obesity, kidney stones, cancer. As a solution to this, Shri. Pratap Kadam and Shri. Sachin Shinde is doing this. Due to the killing of cows in the country, farmers are suffering huge losses as a result. That is why efforts are being made to ban cow slaughter and protect cows by telling the farmers about the importance of cows. Under the guidance of Yuvakamitra Bandatatya, Goshalas as well as organic manure and vermicompost manufacturing projects have been set up at many places like Karwadi, Rajmachi, Pimparad.

Today, the work of the organization is more or less organized in about 1000 villages in 60 to 65 talukas of about 10 districts. So far, about 15,000 youths from 14 state level camps as well as 3,000 young women from 6 state level camps have been influenced by the ideas of the organization. Sanitation campaigns have been carried out at Fort Sinhagad, Fort Purandar, Fort Pratapgad and the organization has succeeded in curbing the anti-social tendencies of using forts for drinking without maintaining the sanctity of the forts. In the sanctum sanctorum of Shri Sant Tukaram Maharaj, in the Bhamchandra mountain area, an agitation was started against an American company which manufactures toxic chemicals called 'Dow Chemicals'. In this movement created by the youth-friendly rebels, the monarchy had to bow down to the theocracy. In Satara, Pune, Kolhapur, Sangli, Nanded, more than 100 government approved liquor shops and beer bars, wineshops were closed by women's voting using government orders. A special feature of this is that in 10 months and 23 days, 13 liquor shops have been closed in the entire Jawali taluka (Dist. Satara) and it has got the honor of becoming the first liquor shop free taluka in the country.

During the Diwali festival of 2011, 8 houses in Bamnoli in Jawali taluka were gutted by fire. In order to provide immediate relief to the people of the house, a round was taken to Medha and Rs. 15,000 thousand and grains, clothes and plastic paper were given. The organization also collected grain from Karad taluka and sent it. 100 lbs. Wheat, 50 kg. Rice and Rs. It was given to each family under the guidance of the rebels.

Under the guidance of Dadasaheb Narale Guruji of the organization, Pimparad (Pawarwadi), Tal. A Bal Sanskar Kendra has been started at Phaltan and this initiative will be implemented all over Maharashtra. The Center has started selling good quality cereals like pulses, sago, rice, organic jaggery, chilli powder, spices so that the consumers who are suffering from looting and substandard grains and goods by brokers and traders can get good goods and farmers' goods can get good prices. The door-to-door shop has been made available to the customers through the vehicle. Under the guidance of the organization, the villagers of Navlakh Umbre (Maval) resisted Kadba and succeeded in closing down the company which was threatening Hiranandani. Jury M.I.D.C. Although the lands acquired by the farmers have been lying fallow for many years, the government had planned to convert more lands.